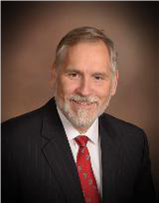 A traditional Easter greeting in the Western church is the exclamation “He is risen!” and the traditional response is “He is risen, indeed!” The words are sometimes accompanied by the exchange of three kisses on alternate cheeks, depending on the church. In the Orthodox and Catholic churches, the greeting is called the “Paschal greeting” and is a very old custom. The greeting is ultimately based on Luke 24:34. Translations throughout church history, from the Latin Vulgate (c. AD 400) to the English Standard Version (2001) have translated this verse nearly identically: “The Lord has risen indeed and has appeared to Simon!”. Exactly how the saying became a standard greeting in the church is not known, although there are various theories regarding how it came into common usage. We do know that, at first, the greeting was more common in Eastern and  Byzantine liturgies than in the Western church. There is a tradition in the Eastern Orthodox Church that the saying was made popular by Mary Magdalene when she supposedly addressed Emperor Tiberius in Rome with the words “Christ is Risen.”

Using this address should be more than an empty tradition. The words “He is risen!” remind us of the joyous news we celebrate at Easter, that Jesus’ death was not in vain, and that He has the power to overcome death. Saying “He is risen!” allows us to share this incredible truth with each other. The resurrection of Christ gives us hope for salvation and for our own resurrection and eternal life.

Margaret Sangster Phippen wrote that in the mid 1950s her father, British minister W. E. Sangster, began to notice some uneasiness in his throat and a dragging in his leg. When he went to the doctor, he found that he had an incurable disease that caused progressive muscular atrophy. His muscles would gradually waste away, his voice would fail, his throat would soon become unable to swallow.

Sangster threw himself into his work in British home missions, figuring he could still write, and he would have even more time for prayer. “Let me stay in the struggle, Lord,” he pleaded. “I don’t mind if I can no longer be a general but give me just a regiment to lead.” He wrote articles and books and helped organize prayer cells throughout England. “I’m only in the kindergarten of suffering,” he told people who pitied him. Gradually Sangster’s legs became useless. His voice went completely. But he could still hold a pen, shakily. On Easter morning, just a few weeks before he died, he wrote a letter to his daughter. In it, he said, “It is terrible to wake up on Easter morning and have no voice to shout, ’He is risen!’-but it would be still more terrible to have a voice and not want to shout.” God bless you all!